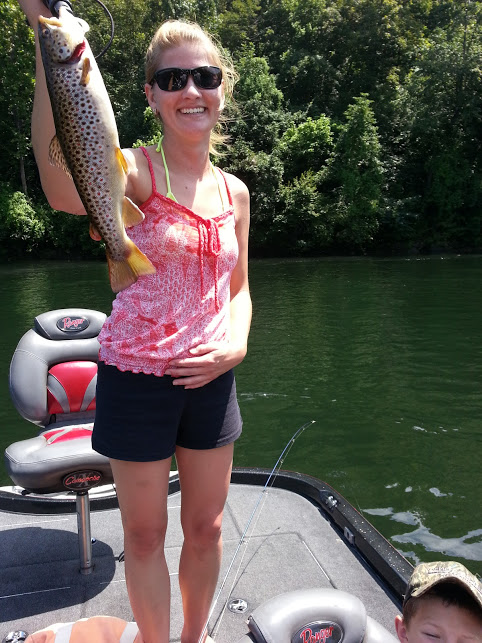 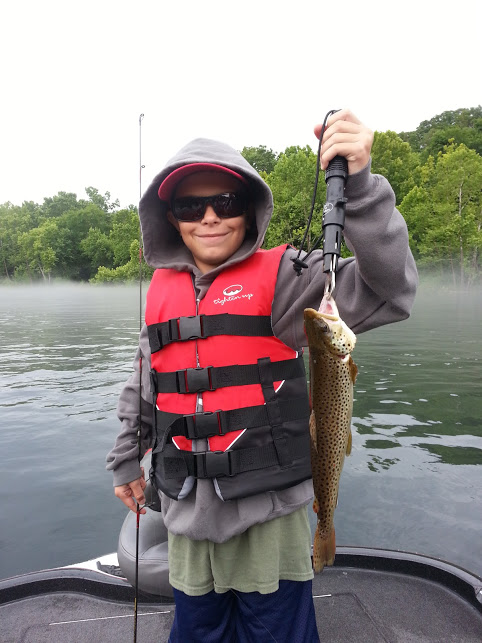 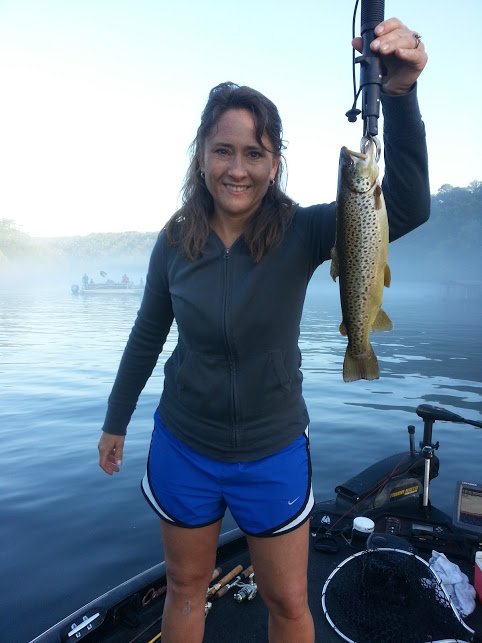 Lake Taneycomo was created in 1913 when the White River was impounded by the completion of the “Power Site” Dam, at White River Mile Marker 506.8 near Forsyth, Missouri. Unlike the Table Rock and Bull Shoals Dams and Lakes, which are owned by the U. S. Army Corps of Engineers, the Power Site Dam is privately owned by Empire Electric Company. This company holds a license to continue operating the Dam and its hydroelectric plant until 2022.

From 1913 until 1958 it was a “warm water” lake. The completion of Table Rock Dam in 1958, 22 miles upstream at White River Mile 528.8, created a physical southern boundary for the Lake which now consists of over 2,080 surface acres. Virtually overnight, a “cold water” fishery was created because of the temperature of water coming through the “generators” of Table Rock Dam as its water is used for the generation of power. To take advantage of this change the Missouri Department of Conservation constructed the “Shepherd of the Hills Trout Hatchery” at the foot of the Dam. Today Lake Taneycomo is one of the best trout fisheries in the nation. A State Record Brown Trout was caught in the Summer of 1994.

When power is not being generated Lake Taneycomo has the characteristics of both a river and a lake for anglers to enjoy. The shallow colder water, at Lake Taneycomo Mile Marker 22, located adjacent to the Junction of State Highways 165 and 265 near the Table Rock Dam, averages 48 degrees F, resembles a river and permits wading and bank fishing for trout. The average temperature of the water gets warmer and the depth of the Lake deepens to depths in excess of 50 feet near Lake Taneycomo Mile Marker 1 and the Power Site Dam in Forsyth. When Table Rock Dam is generating power its current is very strong throughout its whole length, its water temperature drops, and for all practical purposes it becomes a very deep, cold, fast running river. Exactly how deep, cold, and fast depends on how many generators are being used to generate electricity at Table Rock Dam.

Below the Table Rock Dam to the mouth of Fall Creek: This area is managed by the Missouri Department of Conservation as a fly fishing and artificial lure only area. In addition there is a slot limit on trout that are harvested in this area.

The majority of anglers in this area are fly fisherman, without current from the generators at the Table Rock dam the upper portion of Taneycomo fishes like a large trout stream; pools, riffles and wood cover are all important areas to fish. Productive fly patterns can change for day to day or even hour to hour so be sure to check the reports before you go. The most reliable patterns will be scuds, sow bugs and other nymphs most of the time, but productive colors will change. Despite the amount of fishing pressure this area receives it remains a quality fishery due to daily stocking by the Department of Conservation with trout from the Shepard of the Hills Hatchery located below the Table Rock dam.

Trout Fishing from Fall Creek to Powersite dam: From Fall Creek on down stream the majority of anglers will fish live and prepared baits. While fly fishing still takes place, the majority of fishermen utilize a “Taneycomo Drift Rig” with live night crawlers, red worms or assorted colors of Berkley power bait eggs and nuggets on casting or spinning equipment. Boating anglers will run up stream a few miles from their launching point and then control the drift back against the current making casts to deeper pools and wood cover along the banks. Productive lures in this area include; twitch baits like Rapalas and Lucky Craft pointers, small spinners like Rooster Tails, Mepps, Super Dupers and Panther Martins or small crankbaits such as Norman Crappie Crankbaits or Yozuri Snap Beads. The “Taneycomo Drift Rig” will also work as you drift down the lake, simply cast and allow the rig to bounce the bottom. This portion of the lake also holds all of the public and private trout docks. Most anglers fishing from the docks will fish on the bottom or with a float around the dock with either live or prepared baits.

Bass Fishing on Taneycomo: One of the best kept secrets in the Ozarks is the bass fishing on Lake Taneycomo. While bass have been caught above the Downtown Branson area most bass fishing takes place in the lower end of the lake from Bull Creek near Rockaway Beach to the Powersite dam. Most of the fish are caught on either the abundant wood cover that dots the shoreline or on the ledge rock that marks the channel swing areas of the lake. Unlike the warm water lakes on either end of Taneycomo, the colder water keeps bass more active throughout the year. With this in mind Lake Taneycomo bass will chase reaction baits like spinnerbaits, buzzbaits and crankbaits for a greater portion of the year. Big bass seem to show up every year on Taneycomo, with several bass over five pounds being caught with regularity and a few over eight pounds becoming more and more prevalent. Big fish tend to be caught in the cooler months on the deeper drops close to ledge banks with Jewel Eakins’ Jig and Craw combos and football or spider jigs accounting for many each year.

Lake Taneycomo offers exciting fishing action year round for anglers of all skill levels. From the most seasoned fly fisherman to the youngster just starting out Focused Fishing Guide Professional Service will ensure a memorable Trout fishing experience.

We honor our military and first responders by offering discounts on guided fishing trips.

Check availability and book your trip online today, in your PJ’s, while you’re watching TV

Quick weekend get away for my 18 year old son, me and my husband. Wanted to treat the boys to a guided fishing trip on beautiful lake TaneyComo. Fishing was great. Started catching right away. All materials provided by Eric, guide, was nice, clean and organized. Had lots of fun. Would recommend and would do it again. Why not pay a little more to have a guide and everything you need rather than cost of renting boat 1/2 day without everything?