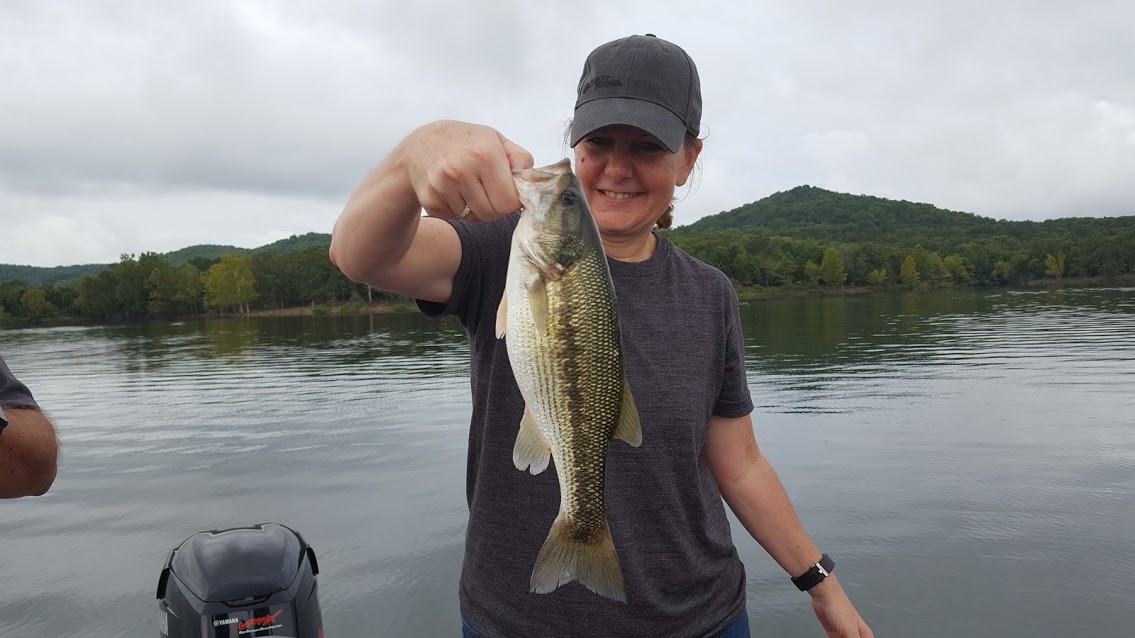 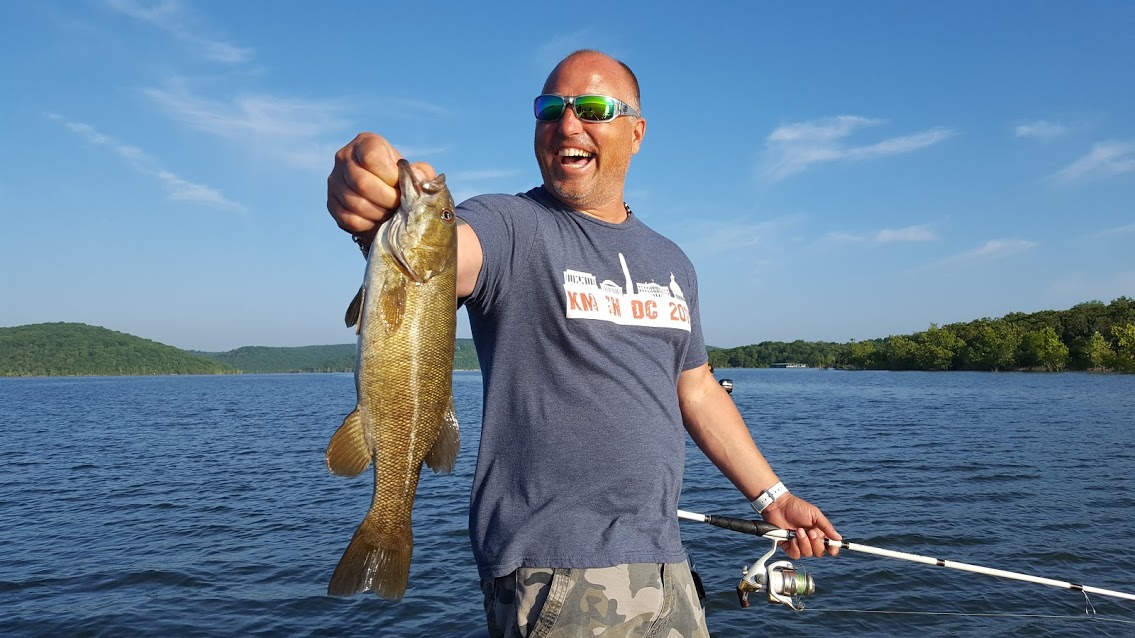 Bull Shoals enjoys wide recognition as a prime Branson Fishing Guide fishery. Holding several Arkansas and Missouri state records, the lake’s reputation is well justified. Opportunities abound for many species, ranging from pan fish to walleye. A fish attractor program to improve habitat and enhance fishing success has resulted in over 450 attractors being placed in Bull Shoals. A map showing their location is available from the Visitor Information Center.

The White River, downstream of Bull Shoals Dam, is the premier trout fishery in the central United States and has yielded Arkansas state records for cutthroat and rainbow trout. Floating down the river in an Ozark johnboat and fishing for brown, brook, cutthroat, and rainbow trout is an experience found nowhere else.

Spring: Rising warm water in spring draw fish from the depths of Bull Shoals causing them to become more active seeking shallow spawning locations. The colored water of the Theodosia arm will warm first followed by the larger creeks like Big Creek and the Sugarloaf Creek Arms. As the fish move shallow specific cover becomes important to each species; Largemouth Bass tend to hold to wood cover like laydowns and brush piles, Spotted Bass will move to chunk rock points and bluff ends and Smallmouth Bass will hold on isolated rock piles and mixed pea gravel / rock banks. Popular baits include; suspending jerkbaits like Smithwick Rouges or Lucky Craft Pointers, 4” single tailed grubs on ¼ oz. jig heads, tight wiggling crankbaits like a Storm Wiggle Wart and small jig and craw combos such as a Jewel Eakins’ Jig and Craw. After the fish have spawned they will move put into open water and suspend, topwater baits like Cotton Cordell Redfins, Heddon Spooks and Lucky Craft Sammys are all very effective baits. Bull Shoals has a reputation for its walleye population, in early spring walleye will make a run up the White River, Theodosia Arm and some of the major creeks to spawn. When making their spawning run walleye will “stack up” in deeper pools and channel bends, suspending jerkbaits, single tailed grubs and small crankbaits are all effective baits for these fish.

Summer: Summer offers some of the most exciting action Bull Shoals has to offer early and late in the day. Schools of Spotted Bass chase shad on the surface during the low light hours of the day, topwater baits like; Heddon Spooks, Lucky Craft Sammys and Cotton Cordell Redfins will all catch these aggressive bass. During the heat of the day conditions can be much tougher, look for fish to move out to deep ledge rock points and channel banks up to 50’ deep. Jewel football and spider jigs matched with a Chompers’ jig trailers, tube baits, and Carolina rigged french fries or finesse worms are all important baits during the summer. Slowly work the bottom in these areas paying special attention to any wood or rock cover you may run into with the bait. Largemouth will tend to be shallower than Smallmouth or Spotted Bass, they will hold in the large number of brush piles set by Arkansas Game and Fish Department and by individual anglers. Texas rigged Berkley Power worms and Jewel Eakins’ jig and craw combos are your best bet in the heat of the day. The majority of the walleye caught during the summer are taken in the upper half of the lake by anglers trolling bottom bouncing live night crawler rigs and jigs tipped with minnows from 20’ – 40’ deep.

Fall: Cooling water in fall revitalizes the fishing on Bull Shoals. Ledge rock points and channel swing banks on the main lake and in major creek arms are primary locations to find all three species of black bass. Jewel football and spider jigs matched up with Chompers’ jig trailers, tube baits and tight wiggling crankbaits like Storm Wiggle Warts are all important baits in these areas. Large willow leaf bladed spinnerbaits fished near standing cedar trees can produce big Largemouth this time of year, cast beyond the timer and run the bait directly into the tree to be successful. Walleye can be caught in the same locations as bass in the fall, suspending jerk baits like Smithwick Rogues or Lucky Craft pointers are key baits. Some of the biggest walleye taken every year are caught at night in the fall on flat gravel points and flats with suspending jerkbaits.

Winter: The deep clear water of Bull Shoals is perfect for offshore fishing in the winter. Groups of Spotted Bass follow large schools of threadfin shad throughout the lake using them as both a source of food and cover. As the water temperature drops several shad will die off and drop down to the waiting bass. Using high quality sonar anglers will find these schools of shad and the groups of fish below them and then they will drop spoons, drop shot rigs and blade baits through the shad mimicking the dieing shad and triggering strikes from the bass. Walleye are difficult to catch and find until late winter when they being to make their annual spawning run up the rivers and larger creeks in the upper end of the lake.

We honor our military and first responders by offering discounts on guided fishing trips.

Check availability and book your trip online today, in your PJ’s, while you’re watching TV

We had a great day on the lake with Eric. We caught lots of Bass!!! We will book with him on our next trip to Branson.